In the mid-1990s, Aldine Independent School District embarked on a remarkable journey to transform teaching and learning in all corners of the district. Today, many accolades later (including the Broad Prize for Urban Education in 2009), Aldine continues to refine and build on policies that help prepare all students for life after high school. In the span of two decades, Aldine revamped its curriculum, created a new educator evaluation and support system, and pursued innovations to raise student achievement and close achievement gaps.

This brief is part of the Districts Rising series. Each brief in the series tells the story of a school district and its efforts to raise student achievement and prepare students for college and career. The briefs describe the strategies that districts have employed to raise academic standards for students, improve educator effectiveness, and engage stakeholders in the design and implementation of new policies. Robert Medina was the lead author of this brief.

View next in the series > 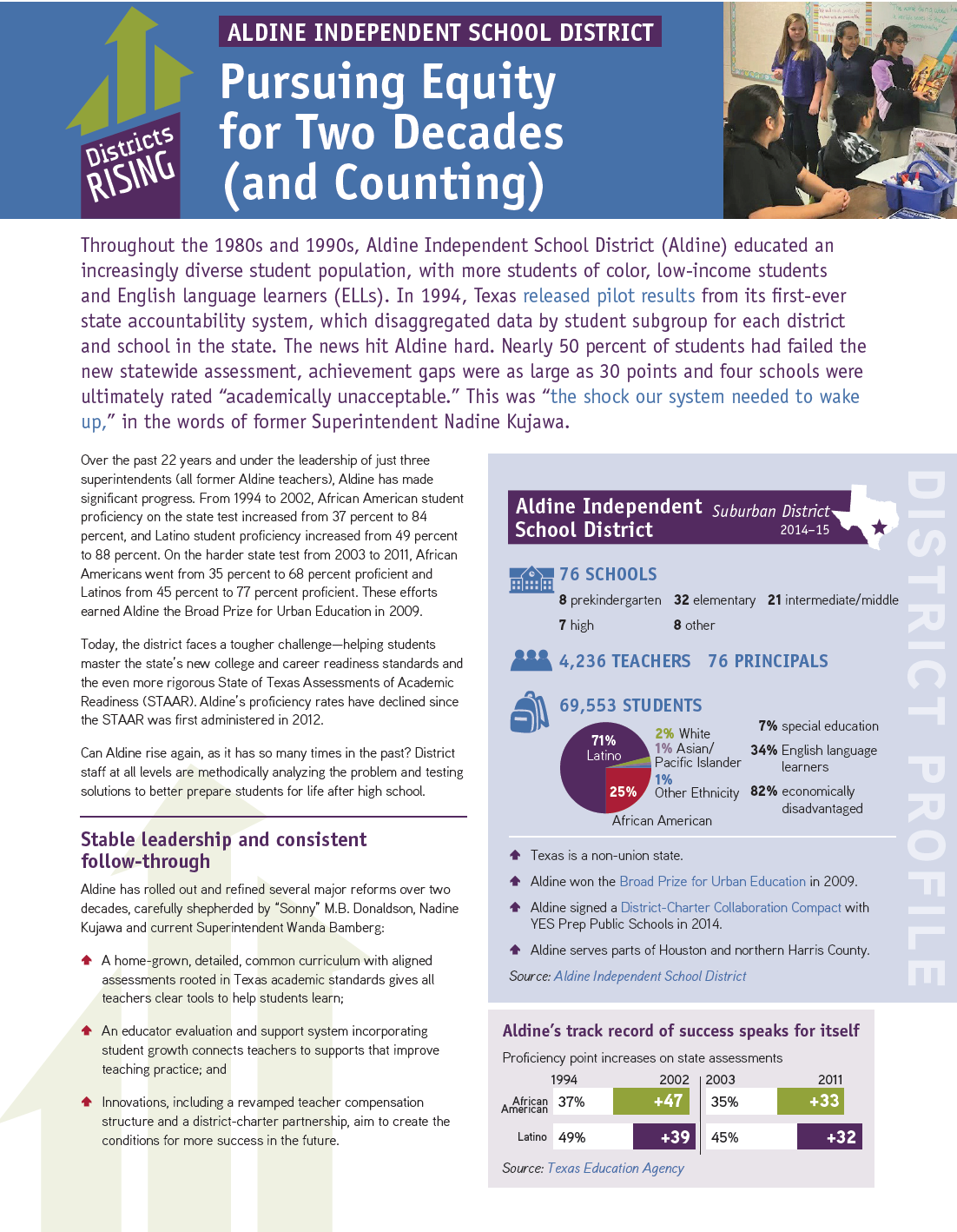